A Mother's Appreciation for Wraparound Services 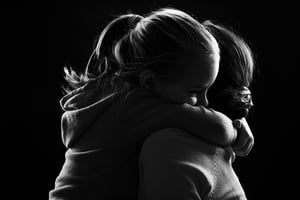 Wraparound services helps families heal from trauma. In many cases those people have been in abusive situations for so long, that it has become normalized. It's a huge challenge to help them identify what's acceptable and what's not, to define their rules and boundaries. Parents need lot's of support through this process. Being a parent is a challenge on it's own, but recovering from abuse while raising children who have also suffered is extremely difficult.

Victor recently received a letter of thanks from a grateful mother of five, who was recovering from an abusive 15 year marriage. Her husband had been abusive physically and emotionally to her and their children. Both she and her daughter also suffered sexual abuse. It's easy to sit on the outside of a situation and wonder why would some one put up with that kind of treatment for so long, but as this mother stated, "Domestic violence doesn't jump out at you, it grows from little things allowed, until one day you don't know what is real and acceptable."

During emotional outbursts her husband would hit her sons. She felt powerless, ashamed and afraid. She also felt guilty for allowing this to happen, but feelings of numbness and hopelessness contributed to her inability to make a change. She was so withdrawn that she couldn't see the signs of her daughter's sexual abuse. Luckily her daughter was strong enough to step forward and tell her school what was going on. This resulted in a Child and Family Services case and her daughter was removed from their home. This action was a catalyst for change in her life.

With her husband out of the house she began to rebuild her family based on a new structure. Wraparound services gave them direction. Previously her husband's word was law and she had no authority. With the help of her Wrap assigned Parent Partner she learned to address her children's actions appropriately with rewards and consequences. She learned that it's okay not to have all the answers right away, all parents struggle. "Wrap taught me that it's okay to be a mess, that's what they are there for, to help us learn who we are, get stronger, and realize that this isn't the end, only a step towards a better life."

Her Parent Partner helped her get organized. Cleaning up after and managing four boys is no small task and it's easy to get behind. "My Parent Partner helped me use steps and to take it one day at a time so I didn't feel overwhelmed. My sons now have a chore list and even though everyday isn't perfect, they are learning responsibility and it helps me feel like I am accomplishing what I need to as a parent."

Through this process this hard-working mother of five discovered that she also needed to practice self-care. Her growth was important just like her children's. She decided it was okay for her to go back and finish school. Her needs are relevant and finishing school would set a good example for her kids.

Recently her daughter began coming back for overnight visits and they are hoping to have her home full-time within a couple of months. "I would suggest Wraparound services for any family who needs support in raising their child. This isn't an easy job and we adults need support in life to be successful, just like we support our children. Don't give up if you're struggling, there is still light at the end of the tunnel."

Do you want to inspire and support others? Are you looking for a career where your employer is invested in your personal and professional growth? Consider a career at Victor by clicking below.